Generating an indexed list of passwords without complex perl or python: 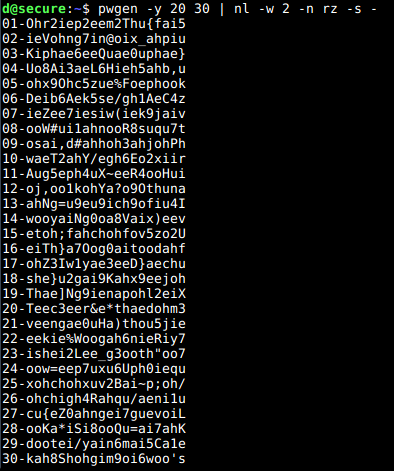 The laptop systems aboard the International Space Station (ISS) have been infected by computer viruses and worms multiple times. The W32.Gammima.AG virus made it to space in July 2008. And it happily spread from laptop to laptop onboard the ISS. The virus has been written to steal credentials for some common games. It is unknown how many of these were run in orbit. The latency would kill the experience for sure.

I am sure there have been policies in place to prevent astronauts carrying personal soft- and hardware up to the ISS. Personal items must be explicitly applied for and will only be approved after severe scrutiny of each item. Even beyond the obvious security considerations, this is necessary as the launch weight needs to be calculated exactly.
NASA and Roscosmos both have very strict policies for their personnel and strict training to make sure they know and follow policy. The group of astronauts primarily affected by the policy is very well known and counts a few dozen heads.

Still at least one infected USB stick made it up to the ISS and could spread its malware. Other infections have happened and we can assume similar infection vectors.

So the policy has proven unenforceable. It is broken. It is still correct per se. There is nothing wrong with prohibiting personal soft- and hardware in a high risk environment. So the policy stays in place. NASA still needed to make sure to rely much less on its effectiveness.

Hence NASA did the only sane thing: Move from an unenforceable policy to a technically feasible solution, significantly reducing the security exposure. In May 2013 NASA announced the ISS laptops are being migrated to Debian 6. Imagine how much pressure Microsoft must have put up to prevent such a technical decision due to the adverse marketing message it provides along the way. And still the engineers at NASA saw this as the best way forward.

The take-away message here is: Security by policy does not work.